Pressure groups from around Naples protested in Rome last Wednesday against the illegal dumping by Mafia-controlled businesses of millions of tons of toxic waste that they say is to blame for a rise in the number of tumours among local residents. Environmentalists, doctors and local officials from what has come to be known as the “Triangle of Death” gathered outside the Senate (a few hours before Prodi’s government fall) to voice their anger at the government, which was criticized for not doing enough to resolve the prolonged crisis. “We have been screaming for years now and we have obtained nothing. Officials are simply ignoring us”, said Alex Zanotelli, a local priest.

An estimated 4 million tons of industrial waste, including asbestos, old tyres and chemical sludge, are believed to have been dumped since the 1970s in fertile lands where tomatoes grow and buffaloes used to make mozzarella cheese graze. Experts say the waste has poisoned the soil and water with carcinogenic dioxins. Four years ago, local authorities slaughtered thousands of animals after discovering dangerous levels of toxins in the milk of cattle and sheep grazing in 18 districts around Caserta, a city near Naples. According to a recent study conducted by Giuseppe Comella of the local cancer institute, the incidence of lung and liver tumours has risen significantly among residents living in the “Triangle of Death” and now matches or exceeds levels registered in Italy’s highly industrialized north. The Governor of Campania, Mr.Antonio Bassolino of Democratici di Sinistra (Left Democrats), hasn’t been able to solve the problem for more than a decade. Nevertheless, he and his party keep saying they are in favor of stricter environmentalist laws.

Campania used to consider itself a happy oasis when it comes to cancer, because they don’t have many factories. These data show that this is no longer the case. While there is as yet no definite scientific proof linking toxic waste to the rise in cancer levels in the area, experts have found plenty of carcinogenic substances where it is dumped. The toxic waste industry has rapidly become pray of the local organized crime network, the Camorra, which undercuts competitors using apparently legitimate front companies. Investigators believe toxic waste disposal and illegal construction is now the Mafia’s second biggest earner after drugs and arms trafficking. Magistrates’ probes led to dozens of arrests last year and more are expected in the coming weeks. The government has vowed to resolve the crisis by building incinerators, but local residents (backed by some far-left parties in the parliamentary majority, like The Greens) oppose this solution, saying the burning process will release more toxic substances in the air. Meanwhile, the Mafia says thanks. 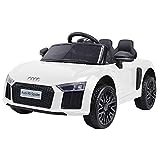 Are you depressed? No helmet!