Firework fans in Naples have named the latest addition to their New Year arsenal ‘The Budget‘ because of its hard-hitting effect, like the budget law.
”It costs 250 euros and can blow up a whole building,” said a doctor leading a prevention scheme in Italy’s most firework-mad city.
The latest rockets and firecrackers – now mostly made in China – named Bin Laden, Ratzinger and Maradona Bomb, are ”extremely dangerous”. ”These are full-blown explosives”, doctors said.

Naples authorities are pulling out the stops to prevent casualties and have already seized some 1,2 tonnes of illegal fireworks.
”One stockpile was big enough, if it had gone off, to blow up the warehouse and severely damage the buildings around it,” police said.
Thanks to a string of crackdowns and safety campaigns, injuries have been falling in recent years. The last firework fatality was on New Year’s Eve 2000.
But in Naples there are also other ways to celebrate the new year: two people were killed last year and two the previous one – but both by shotguns.

Last year 55 people were wounded or maimed, compared to 60 in 2005.
Most of the victims are youngsters. The luckier ones get burned. Others have fingers or larger parts of limbs removed.
”We tackle injuries comparable to those inflicted by anti-personnel devices,” said a hand surgeon at a city hospital.
Police are optimistic they can stop The Budget and similar devices spreading.
But the most powerful fireworks are often sold at the last minute, just before firework vendors pack up their stalls on New Year’s Eve.

Meanwhile, another Naples tradition is kept alive: uncollected trash is piling up in the streets. The central government on Thursday decided to appoint a couple of new High Commissioners, in the usual inane effort to tackle the mafia business in illegal garbage dumps, supported by many people in a region where the Left is ruling. But don’t worry: Naples has banned outdoor smoking in public parks and and during demonstrations and cultural events if children or pregnant women are nearby. And this happened because health officials recently reported that the death rate of victims from respiratory illness and lung cancer was “significantly” higher in Naples than the rest of the country. But maybe it’s because of dioxin leakages from illegal dumping sites, what do you think about? As Italian Premier Romano Prodi says, “Italy is walking again”. A dead country walking?

A garbage Christmas in Naples and its region

Are you depressed? No helmet! 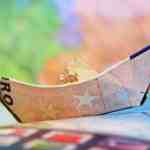 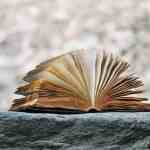 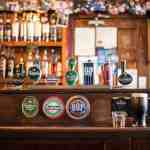 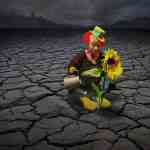